Paul Shipman is decidedly passionate about food, cooking, the outdoors and sharing his experiences and expertise. He is a Paddle Canada instructor and erstwhile trip leader located in Winnipeg, Manitoba.

The Canadian Shield provides the landscape for his family’s adventures, while the cuisine of Winnipeg’s cultural melting pot informs his palate and recipes. 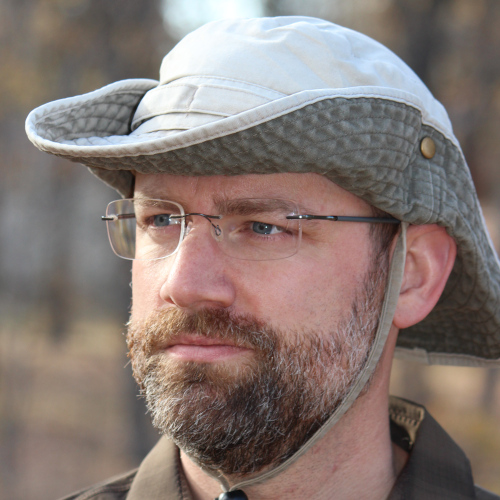 Our little blue cottage was free of most modern amenities. Water was gathered at the local water pump for drinking and dishes. Calls of nature were answered in the cute little outhouse with the crescent moon cutout on the door threshold and an uninviting, pungent odour that recalled past transgressions. There were two, maybe three, small bedrooms with room only for a double bed and a small dresser. The make-shift curtains-as-doors provided privacy and opened into the central living room/kitchen combo where we all gathered together. The living room boasted a couch-turned-bed that allowed for additional guests to spend the night. Many weekends the little cabin hosted my family, my grandparents, and the families of either my aunt Laurie or uncle Darryl.

My family has always been "outdoorsy." Not an outdoors family, but "outdoorsy." My father's family established something of a weekend settlement at Nutimik Lake in the Whiteshell sometime in the 1970s. My grandparents had their quaint, small, sky-blue cottage on a back lot landscaped with a large grassy yard, encroached upon by the seemingly wild forest. Next door, my father's uncle Teddy had a larger, two-story, barn red cottage with accompanying boathouse.

On the weekend in question, my mother's parents had joined us for a getaway from the city. My grampa Ed loved to spend time outdoors, and was an avid fisherman. My father, too, was a fishing fanatic. Later, when my parents had their own cottage in the wilderness, he would spend hours upon hours fishing, exploring his vast collection of fishing lures and gadgets like fish-finders and electric trolling motors.

Today, I was going fishing with my Grampa Ed and my dad. I was four years old.

The day was warm; sunny even (to the best of my recollection). My mother had dressed me in my very 70s/early 80s, brown, beaver-branded jacket with orange trim.

The three of us loaded into my grampa Ed's nut brown Oldsmobile with my grampa at the wheel and my father beside him. I took up the back seat lounging in the plush, tan fabric. The backseat was cushy and more like a couch than a modern bench seat. We drove to an area near small waterfalls with a gravel pull-in off the highway.

My memory is a little foggy of the time immediately before the main event. I expect that either my father or my grandfather cast the line out for me, as the fishing rod in my mind's eye is large; and I know I didn't understand how to use the reel to cast. And I realize that we must have been fishing with a lake bottom jig like a pickerel rig.

But then my memory is clear. I do remember standing on the beach holding my rod, the sand firm beneath my feet, but damp from the waves that lapped up along the shore. I remember the smell of the forest: pine, spruce, moss and damp, and the gentle sound of the small waves. I remember my father and my grandfather talking, and then I remember the feel of the rod as the tip bent and jerked forward and someone exclaiming "Paul, you have a fish!"

My first fish! I'd never caught a fish before, and I suppose I wouldn't until I truly landed this one. I had a sudden rush of excitement and nervously thought to myself "Now I have to get it out." But I was four, and I didn't understand anything about fishing. The rod had been cast for me and I didn't know what to do with the reel. All I knew was that the fish was out there, attached to my fishing line and that I needed to get that line up on the shore if I was going to have a fish.

So I did the only thing a reasonable four-year-old would do. I started walking backwards.

I'm sure my tutors were probably yelling instructions and exclamations at me ("What are you doing?!" "Just reel it up" "Turn the little crank on the side"), but I was in my own world of need and focus. So I kept walking backwards, rapt with attention as more and more of my fishing line exposed itself along the beach until the fish surfaced and began flopping in the sand.

And still, I kept walking backwards, dragging the fish along for a few feet, until suddenly I was on my back looking up through a hole in the gravel parking lot. I'd successfully found a pothole large enough to consume me as I toppled over into its embrace. Wet from the rainwater that had collected in the hole, I was nonetheless overjoyed as my father helped me up and out.

I had done it. I had caught my first fish. 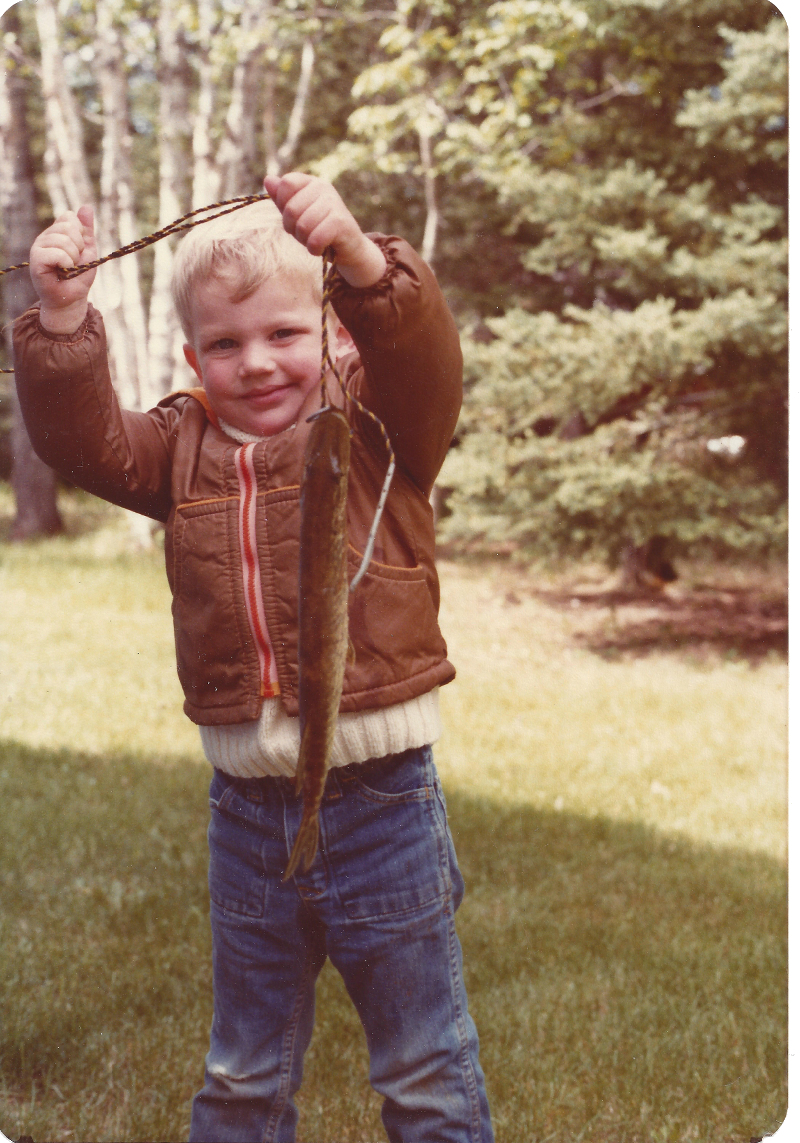